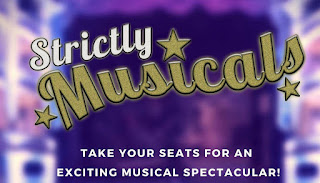 What can I say? What can I say about this show. Absolutely every person that left May Hall last night had the biggest smile on their faces, me included.. From the very start with the opening number "Flash, Bang, Wallop", Long Eaton Operatic Society had us in their spell.
The joining of the Youth Group and LEOS was a cracking idea and I think both groups gained something from the experience, and we, the audience, certainly enjoyed both.
Members old and new sang their hearts out, and I especially loved hearing the elder statesmen and women in the group taking leads in the ensemble numbers. 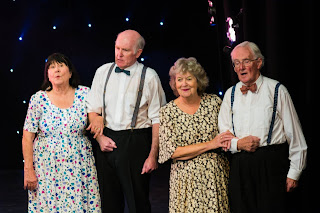 I couldn't possibly say which of the sections or songs I enjoyed more than others because the production/Director team of Emma Collins, Katie McDonald, Siân Scattergood, Kheenan Jones and Louise Watkins pulled together a superb collection of classic and modern musical numbers.
"Half A Sixpence", "My Fair Lady", "Rock Of Ages", "Calamity Jane", "We Will Rock You" and "Legally Blonde" were all featured in the first part.
The "Mamma Mia" medley really got the crowd going, ending the first act and leaving us wanting more, which we got in the second act.
"Wicked", "Blood Brothers" - my all time favourite musical, and - my second all time favourite musical "Les Miserables" filled the second act. 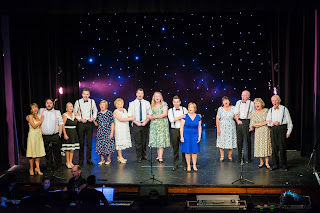 The "Les Mis" medley was out of this world with several solos and that wonderful ensemble choir which was so powerful, and really filled us all with emotion, which led to the well deserved standing ovation at the end.
There were a couple of solos that I really would like to highlight. Phil Deakin's "Somebody To Love" was spot on. His falsetto sent shivers up my spine and Queen songs are notoriously difficult to pull off because of Mercury's incredible voice but Phil smashed it.
Emily Corner's "Wizard and I" was a sublime way to open the second act and Phoebe Mellor's solo of "Castle On A Cloud" showed off what a pure and controlled voice she has for one so young. 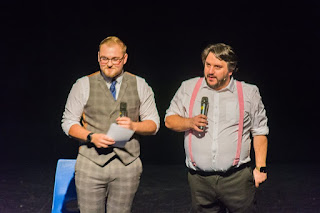 Another tear-jerking moment was another from the "Les Mis" medley, Tony Newton and Robert McAuley was a magical merging in "Stars", and their voices complemented the other beautifully.
I'm not going to mention everyone on that stage as there were too many but, I've not seen an ensemble that size work so well and sound so good. I applaud every single one of you.
At times at May Hall the sound can be a bit muggy, but not tonight. The sound was the clearest I have ever heard at May Hall, and the band, for this clarity, sounded amazing, led by Musical Director Tom Watkins.
And finally I must mention our two MC's for the evening, Adam Guest and Kheenan Jones. I have done MC work in the past and know how hard it is, and these two were so laid back, and made it look so easy.Even the jokes were funny, even the 111 joke, which I knew made me laugh because of the timing of this one was perfect. I've made notes and will be using some of them in the future... it's a tribute and I'm not really stealing your gags... honestly!
Thank you all for a wonderful evening of musical entertainment, and I'm still smiling thinking about the show... and those jokes!
Posted by Kev Castle at 16:46