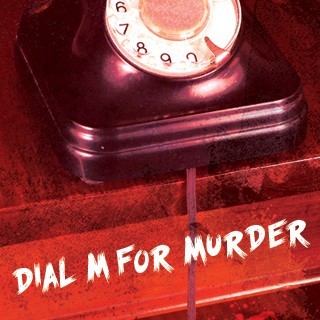 The Colin McIntyre Classic Thriller Season is back, but with a change of venue due to the refurbishment work at the Nottingham Theatre Royal. It is temporarily being staged at the Nottingham Playhouse for two of the three thrillers for 2017. The first of these three is “Dial M For Murder” written by Frederick Knott in 1954.
In this play we already know who has done what and to whom. Ex-tennis pro Tony Wendice decides to murder his wife for her money and because she had an affair the year before. He blackmails an old college associate to strangle her, but when things go wrong he sees a way to turn events to his advantage.
This gripping noir thriller, famously brought to the big screen by Alfred Hitchcock, transforms the classic ‘whodunnit’ into the ‘will they get away with it?' Is it possible to commit the perfect crime, or will justice always prevail?
I've seen this very stylish thriller before but even knowing the plot and the outcome, I was still almost on the edge of my seat, transfixed. 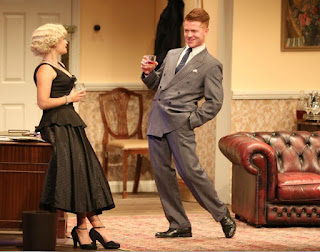 The ascending tension levels, complemented by the music, created the perfect atmosphere for this thriller, and the facial expressions of the actors also created a retro feeling of the old black and white movies. Something that director, Karen Henson recreated in that classic Hitchcock style so well.
A lovely set design (Sarah Wynne Kordas) which again created the whole feel of 1950's style befitting the wealth of an ex tennis pro.
Talking of style, the costumes were right up my street. If I could have a wardrobe as stylish as these costumes, I'd be a very happy man. Real class, and all the work of Geoff Gilder.
Anna Mitchum (Sheila Wendice) exuded an air of glamour as the intended victim of the plot 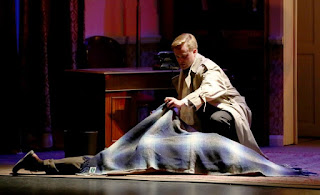 David Osmond (Tony Wendice) is wonderfully clipped vocally as the ex tennis pro, and an actor that the ladies will want to watch.
Chris Sheridan (Max Halliday), who you'll recognise from previous Thriller seasons is back, delivering another stylish performance as Sheila's bit on the side, who's smart enough to solve part of the mystery. Playing a crime writer, he uses his working instincts to unravel what he thinks has happened.
Mark Huckett (Charles Swann) is a new name to me,as far as I can remember. Mark plays the man blackmailed into committing the murder that goes wrong.
Chief Inspector Hubbard is played by John Lyons, and a return to the Thriller season for John who we saw in last year's "Father Brown" mystery play.We all know that Hubbard is going to get his man, but it's 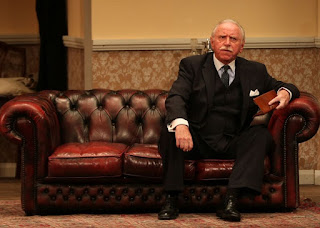 how he puts all the pieces of the jigsaw together that is fascinating, as well as those humoresque little comments. You will recognise John from his extensive TV roles, especially as David Jason's sidekick in "A Touch Of Frost".

It's a classic thriller, well written and wonderfully performed, as expected from this team of ridiculously talented people. When you think that this group, Tab Productions, are keeping the art of repertory theatre alive, i.e., performing one play while in rehearsal for the next two plays, often three, you can appreciate the talent as well as hard work that goes into these faultless performances.
If you love your classic thrillers/murder mysteries, and you've never seen one of Tabs productions before, you really need to go and experience the class of these plays and players. 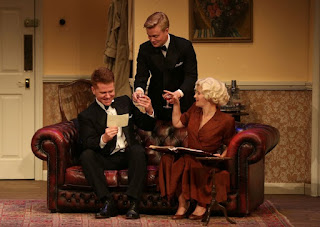